Next time you get on a live and in-person stage to speak, you may be surprised that your audience wants to engage with each other more than you, the speaker.

Kenneth provided possibly one of the most timely insights we’ve had in a few Make Money Clubhouse meetings. He reported, “Of the last four in-person live speaking engagements (since March 2021), audiences were not not initially engaged with the speaker as they once were. They’re more interested in and concerned about how their friends have been health wise during the Covid period.”

Don’t be surprised if the audience isn’t paying attention to you at first because people are more interest in just being around people.

Expect people to be chatting between distanced tables while you’re talking. People have been separated from people they care about. They’ve been alone. They’ve lost loved ones. Now they’re in a group of people where they can have connections again.

RJ added a good point when she said, “People want to know you care, rather than them caring what you know.” Not only at the middle, but show them at the beginning that you care. Mingle before starting and bring the people you experience with you up on stage.

People want to connect, not be told. They are going to the in-person events again because they want to reconnect.

If they’re hurting, they are not ready to receive what you are saying. 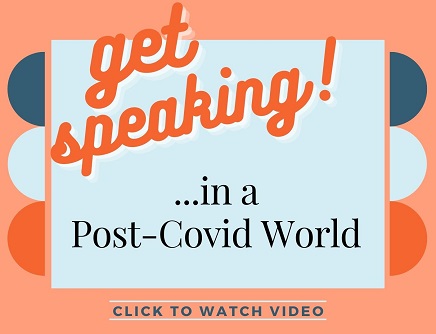 Kenneth suggested several specific techniques to consider adding to your presentation, including:

(Read “Engage Your Audience in a Hybrid World” for a more detailed list of techniques!)

Join Us Every Monday for Make Money Speaking on Clubhouse

SOOO much more information is shared in our two-hour Make Money Speaking Clubhouse sessions than we could ever recreate in a blog post here. Connect to your clubhouse account, search for “Make Money Speaking” and click the little green house to join. Or, better yet, join our LIFETIME FREE A.C.T.I.O.N. Starters Membership where we will send alerts of upcoming Clubhouse events, and notify you when we have added new notes to our blog from those sessions. 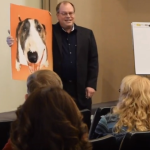 Marty Dickinson is the author of Lions Always Win: How to Spot What You Want in Business and Life...and Get it Too. Order on Amazon Here >> He is also co-author of two editions of Web Marketing All-in-One for Dummies (Wiley). To learn how to use a combination of writing, speaking and internet marketing to start or grow your business, watch this short video >>